Last week I was fortunate enough to get an invitation to a new hut that is part of the Alfred A. Braun Hut System out of Aspen, CO.  The hut is situated between Star & Taylor Passes (for those that have done the GORE-TEX Grand Traverse, you'll recognize those locations, see map photo below), and is drop dead amazing in design, function & efficiency. The roof I was told is R78 and is heated by passive solar/sun and a wood stove.  Solar is part of the electrical system with a solar panel array facing South, just off the deck.

The hut will be know as Opa's Taylor Hut (Opa in German means Grandpa), as most of the folks who knew Alfred Braun affectionately called him "Opa" during his time in Aspen.  While Alfred had an entire hut system named after him, there was never an actual hut referenced to him....now there appropriately is!

The hut was built into the hill side and designed by Al Beyer from Aspen and was constructed by Rutgers Construction, also of Aspen.  They completed the hut in just one Summer and did an amazingly tight job, especially when considering the location and difficulty to get materials in.  The materials where flown in to the location by DBS Helicopters (...they also help in pulling off the GORE-TEX Grand Traverse, by delivering materials for the snow safety team out on course for the week leading up).  All in all, a total team effort, and we get to reap the rewards! 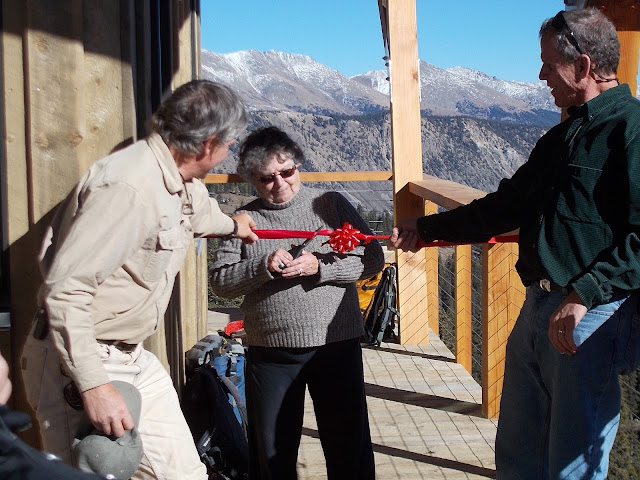 The ribbon cutting ceremony & dedication where handled by Alfred A. Braun's daughter, Sigrid (Braun) Stapleton.  I got to talk to her about her father Fred, and how he came to America from Germany in the late 20's, landed near Chicago, started a Tool & Die company, sold it after many years, moved to where his heart was (mountains of Colorado...) and landed in Aspen, CO.  He began purchasing several "miners cabins" in the Elk Mountains at the edge of Aspen, and with the help of friends like Billie Tagert,  renovated them and began a Winter hut touring system, similar to what he saw in the Alps.  They have since been sold to the non-profit hut system, Alfred A. Braun Memorial Hut System.  Sigrid went to Western State Colorado University back in the 50's for schooling in Gunnison, CO and recalled being one of the first female ski patrollers at now defunct, Rozman Hill. 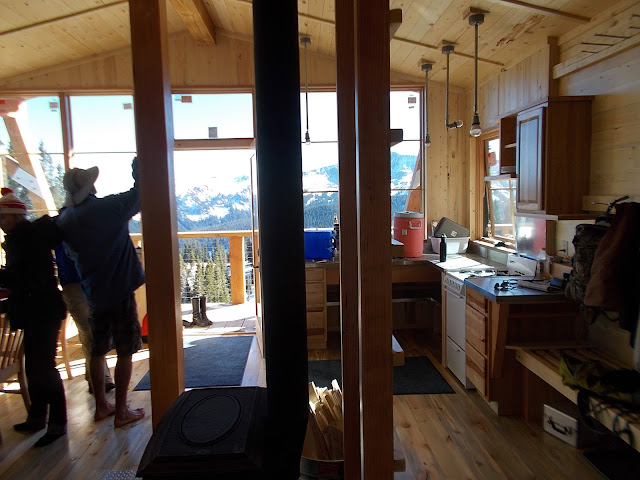 This hut will round out the hut system as there are eight huts between Aspen & Crested Butte.  The only one of these on the Crested Butte side is the Friends Hut, and all our located in the Elk Mountains.

A recent Aspen Times article on the hut can be found here.  To make reservations for the hut click here.  I believe reservations will open about Nov. 15th, 2102  $200/night and it sleeps up to eight.  Pray for snow!

Posted by Team Crested Butte at 7:16 AM