This past weekend was an eye-opener for myself as the newest member of Team Crested Butte. Two Ski  Mountaineering COSMIC races in 3 days, 400+ miles of travel with teammates Wick and Jari, SIA show in downtown Denver & SIA on-snow demo at Winter Park and personal visits with current and prospective sponsors. Whew!

The Crested Butte Mountain Resort event on January 29th went very well with a solid victory in the Men's Race category.  Wick posted details on that event  below, so I won't go into detail there.  The following day of travel to SIA was a bit rough but the experience was worth the trip.  Meeting the great folks at SCARA/Ski-Trab and catching up with Dave and Dawn Goode was priceless.  A nice night and catch-up with Jesse who runs the Italian brand CAMP in the US, then sleep before stage 3. 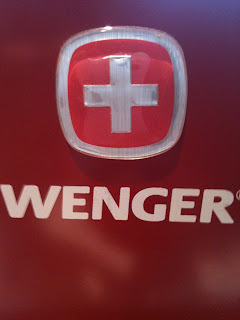 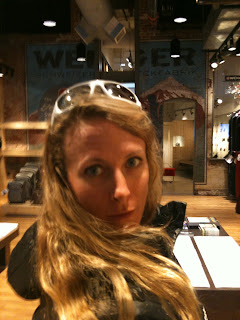 We woke to frozen crust on everything Monday morning and needed a sand blaster to clear Jari's windshield, for the drive to Boulder.  Every 5 miles on the trip to Boulder was another accident creating a drive of 2 1/2 hours from Denver to Boulder!  We all had a great meet and greet with Wenger in Boulder.  What an amazing store they've created on Pearl street.  The artistic atmosphere is vibrant with outdoor adventure in all directions.  We all had a positive outlook on a future relationship with the brand.

We hit the road again that morning, for the climb back into the mountains for the 4th COSMIC event at Winter Park.  This was also the host mountain for the on-snow demo for the SIA conclusion.  Somehow we managed to make it to the event on time.  By this I mean we had 20 minutes to get to the start after arriving in in the parking lot!  Wick won the transition award for being ready the fastest.  I think he wore his suit to bed again.  We somehow  all managed to skin-up on the gondola ride from the parking lot to the base area.  Wish we got that on tape! 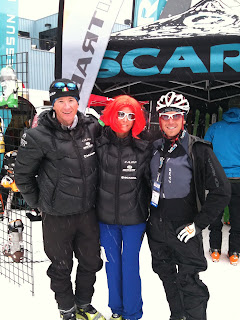 I had enough time to hit the restroom and be at the start line with 30 seconds before the parade loop started through the vendor expo.  Once we hit the  first climb I put a solid minute effort in to try and split the group up.  Once I was settled in I heard skins coming up from behind.  Greg Ruckman was climbing fast and put 10 seconds on me immediately.  I held on with about  20 seconds at the top of the first skin rip transition.  Marshall Thompson was climbing well at 20 seconds in the rears of me.  After a grueling 3-5 minute top to bottom bump run on Outhouse, I was matched with Greg out of transition and Peter Gaston and Marshall were rolling in.  I skied the second climb a bit more aggressively and held Greg to about 5 seconds until the last traverse.  On the flats my Pomoca's were running hot and I was quickly on Greg and pulling away on the uphill to transition.  The last mogul run and gate descent was rough with tired legs but it came together well.  I won and cracked 50 minutes for 49:57, second was Peter Gaston who blazed down the last descent for a 50:36, Greg held on for 3rd in 51:04.  Marshall Thompson and Max Tamm rounded out top five and Wick was sixth.  I think Wick's diesel engine was just getting warmed up at the finish.  Longer events should suit his style of racing.  Jari was second in the women's race with disco dress and hot pink hair to boot.    Thanks for reading.  As alwaysCrested Butte Photography has some great photos of the action!  Thanks Kevin! 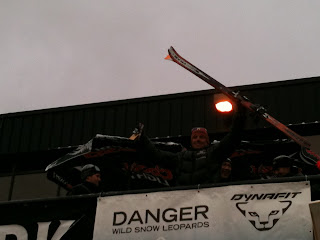 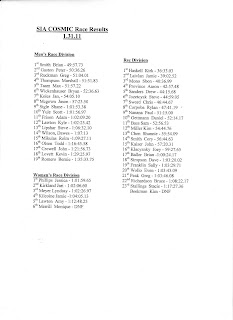 Brian Smith
Posted by Team Crested Butte at 11:07 AM