...but when you get official press releases like this from the Race Organization

you know the skiing won't be the same as we have here in the Rockies.  Although I have to admit I was out this AM and its firm snow on anything facing South & West.  We still found some soft snow but that was in the trees. 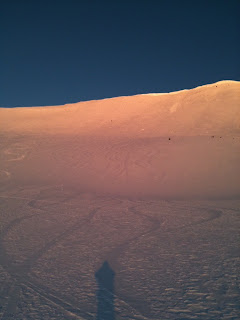 Extend forecasts for the Italian region we are competing in, do call for snow....go figure.  As the saying goes...organize a big ski race and you are sure to get too much snow.
Posted by Team Crested Butte at 10:33 AM